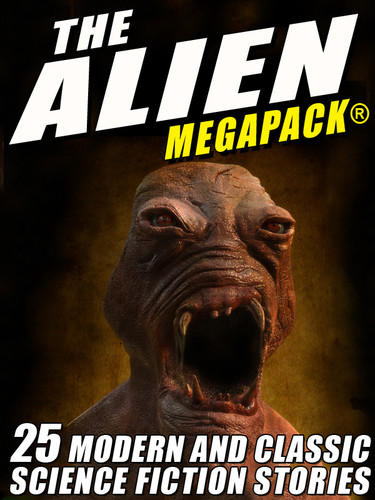 Aliens have been a major theme in science fiction literature from the very beginnings of the genre...though they seem to have morphed over the decades from humanoids (six-limbed and blue though they might be!) to the utterly incomprehensible to noncorporeal energy beings -- and everything in between! This collection focuses on aliens as depicted in many different forms over many different decades. While in no way comprehensive -- I'm not sure a "definitive" book of alien stories could ever be assembled -- we think this one is, at the very least, a lot of fun. Included are:

Welcome to The 11th Science Fiction MEGAPACK®! We hope you will enjoy the stories we have selected f

Frank Belknap (1901-1994)—one of the early masters of fantasy and science fiction, friend of (and co

Welcome to The 12th Science Fiction MEGAPACK®! We have another great lineup of stories (and the conc

The Affair of the Bottled Deuce, by Harry Stephen Keeler (epub/Kindle/pdf)

Lousy Lou Ousley, the detective, has been given another impossible case: the murder or suicide of a

The Avenger, by Matthew Blood (epub/Kindle/pdf)