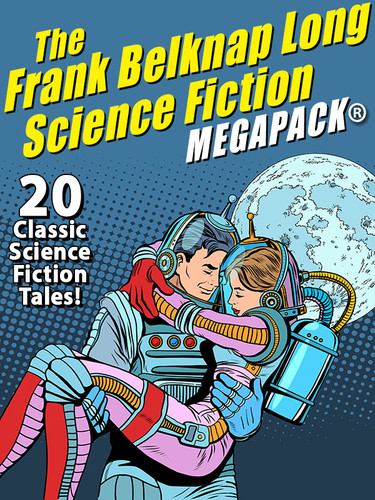 Frank Belknap (1901-1994)—one of the early masters of fantasy and science fiction, friend of (and collaborator) with H.P. Lovecraft—produced hundreds of novels, short stories, and poems throughout his long and distinguished career. From fantasy and horror in Weird Tales to action-adventure science fiction in Planet Stories and Thrilling Wonder Stories to more “nuts and bolts” science fiction in Astounding Stories, and also work in the romance and mystery fields, his nearly 70-year career is filled with remarkable achievements. He received the World Fantasy Award for Life Achievement at the 1978 World Fantasy Convention, the Bram Stoker Award for Lifetime Achievement in 1987 from the Horror Writers of America, and the First Fandom Hall of Fame Award in 1977. This collection presents 20 of his “golden age” pulp science fiction stories, originally published from the 1930s through the 1950s. Included are:

Frank Belknap (1901-1994)—one of the early masters of fantasy and science fiction, friend of (and co

Sexton Blake is a fictional character, a detective who has been featured in many British comic strip