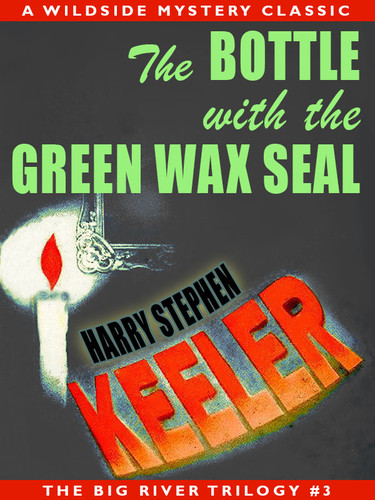 The poor souls who spent the first two books of the Big River Trilogy stranded on a small island waiting for the dam upriver to break are still there, but this time there are more than four. And you can bet that each man has a convincing story why he’s not Actor Hart, the ruthless killer.

There are not enough life jackets to go around and the Sheriff must figure out which is the criminal so that Hart is the one left to die when the waters begin to rise.

Vintage Keeler, chock full of outrageous dialect and plot reversals. (Written in 1939. Published in U.S. by Dutton in 1942.) Third and final in the series that began with The Portrait of Jirjohn Cobb and Cleopatra’s Tears.

“Exhibition Extraordinary!” So began the poster advertising the professional debut of Si

“Exhibition Extraordinary!” So began the poster advertising the professional debut of Si

The Book with the Orange Leaves (Way Out #3), by Harry Stephen Keeler (epub/Kindle/pdf)

What kind of book would be printed on orange leaves? It could only be the one book that contains all

The Photographer and the Artist, by James Holding (epub/Kindle/pdf)

The condemned man asked for three things before he climbed the thirteen steps to the gallows: a glas

Farrel Ivins may be standing on the gallows with his neck in a noose, but he's not worried. He's tak