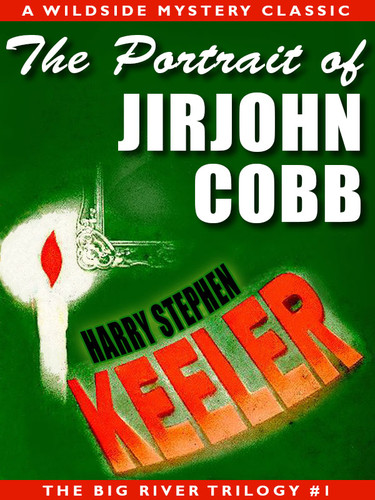 The worst flood in decades has isolated an island in the middle of Big River and there’s no telling when the dam upriver is going to give. On the island are four men and three lifejackets. The sheriff’s got the rifle and knows one of the other three men is a brutal and ruthless killer. Each man has his own story and if you don’t think this is a situation ripe for the webwork machinations of Harry Stephen Keeler, you haven’t been reading one of the most original mystery writers of the 20th century. Told in outrageous dialect, this book will have you guessing from the first page to the last.

NOTE: This is a book from 1940 and may contain material considered racist and sexist by contemporary standards. Please keep in mind the era in which it was originally published as you read it.

Several men find themselves stranded by a flooding river on Bleeker’s Island. The jewels known as Cl

The Skull of the Waltzing Clown, by Harry Stephen Keeler (epub/Kindle/pdf)

"My guiltiest pleasure is Harry Stephen Keeler. He may have been the greatest bad writer America has