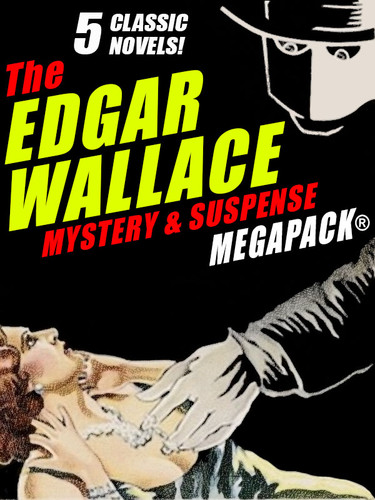 Richard Horatio Edgar Wallace (1875–1932) was born into poverty as an illegitimate London child and left school at age 12. He joined the army at age 21 and was a war correspondent during the Second Boer War, for Reuters and the Daily Mail. Struggling with debt, he left South Africa, returned to London, and began writing thrillers to raise income, publishing books including The Four Just Men (1905). Drawing on his time as a reporter in the Congo, covering the Belgian atrocities, Wallace serialised short stories in magazines such as The Windsor Magazine and later published collections such as Sanders of the River (1911). He signed with Hodder and Stoughton in 1921 and became an internationally recognised author.

After an unsuccessful bid to stand as Liberal MP for Blackpool (as one of David Lloyd George's Independent Liberals) in the 1931 general election, Wallace moved to Hollywood, where he worked as a script writer for RKO studios. He died suddenly from undiagnosed diabetes, during the initial drafting of King Kong (1933).

Wallace was such a prolific writer that one of his publishers claimed that a quarter of all books sold in England were written by him. As well as journalism, Wallace wrote screen plays, poetry, historical non-fiction, 18 stage plays, 957 short stories, and over 170 novels (12 in 1929 alone). More than 160 films have been made of Wallace's work. He is remembered for the creation of King Kong, as a writer of 'the colonial imagination', for the J. G. Reeder detective stories, and for The Green Archer serial. He sold over 50 million copies of his combined works in various editions, and The Economist describes him as "one of the most prolific thriller writers of [the 20th] century."

A detective tale of unusual interest—scene laid in an ancient feudal castle, with secret passages, d

The Dark Eyes of London, by Edgar Wallace (epub/Kindle/pdf)

Inspector Holt is enjoying the Cafe de la Paix and the Boulevard des Italiens. He and his valet Sunn

Originally published in WEIRD TALES magazine in the 1930s, here is the complete Doctor Satan series