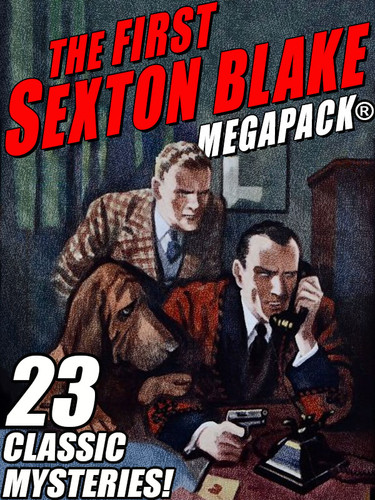 Sexton Blake is a fictional character, a detective who has been featured in many British comic strips, novels, and dramatic productions since 1893. As the years passed, Blake’s character experienced various permutations. He was originally created to be similar to earlier 19th-century detectives but during the late 1890s, Blake’s authors consciously modeled him on Sherlock Holmes.

Sexton Blake adventures were featured in a wide variety of British and international publications (in many languages) from 1893 to 1978, comprising more than 4,000 stories by some 200 different authors. Blake was also the hero of numerous silent and sound movies, radio serials, and a 1960s ITV television series.

A CONFIDENTIAL REPORT
MY LORD THE BABY
THE SILVER CANDLESTICK
THE TATTOOED EYE
MRS. LAMBERT’S LODGER
A SLIP OF THE PEN
AN ARTIFICIAL CLUE
A MODERN ALCHEMIST
THE ANCIENT MONK
THE BLACK CAT
AN OLD MAN’S DARLING
THE BLUE LINE
THE AMATEUR BURGLAR
PY PONK
THE YOUNG EARL
NO ROBBERY
A HOLIDAY TASK
FOR SAFE DEPOSIT
THE BARTON TUNNEL MYSTERY
THE ADVENTURE OF THE COFFEE-POT
THE BLACK PEARL OF BAHREIN
THE BLACK DIAMOND
THE MISSING WILL

Hours of great reading await, with mystery and crime tales from some of the 20th most renowned autho