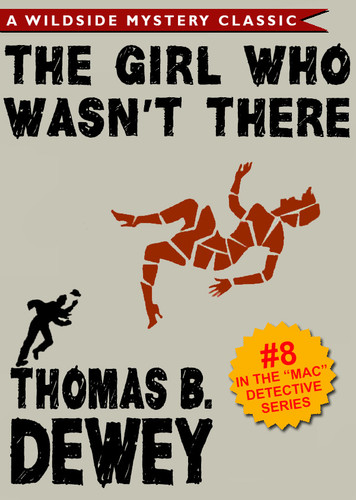 The trail Mac found himself trying to follow was very cold. Another private detective -- his friend Barry Henley -- had been killed a year earlier in a fall from a tenth-story window, and the cops had written it off as accidental. But when Hensley's widow told Mac that several people had tried to get into her apartment under various pretexts; when Mac found she was being followed; and when the mug shot she picked out of the police department files proved to be that of a very tough egg, Whiskey Davis -- suddenly Henley's death began to look like murder. Mac knew for sure when the next death couldn't have been accidental. A bomb that blows up car and driver when the ignition is turned is never anything but murder....

"Mac is one of our best private eyes." -- San Francisco Chronicle

"More than one rub-out for private eye Mac to run through when a man with a well-minked wife is shot down by a police sergeant from Steel City, outside of Chicago. Exit also for an attorney, a safecracker and assorted others who are linked to the importance of teenage Marianne, the rehabilitation project of moneyman Lloyd, and a series of black-mailing pictures. Scrappy all the way." -- Kirkus Reviews