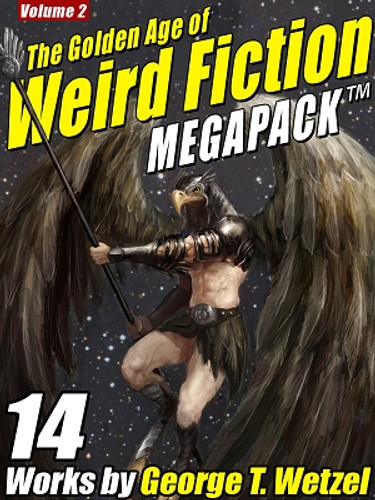 George T. Wetzel (1921-1983) was, for decades, the leading researcher into the life and works of H.P. Lovecraft. His scholarly essays (which Wildside Press is working on collecting) appeared in numerous books and magazines from the 1940s through the 1970s. All the time he dabbled in writing weird fiction on his own, but never pursued it beyond the occasional contribution to a small press anthology or fan-produced magazine. Like his idol, H.P. Lovecraft, he dabbled in the art. We are pleased to include a fine selection of almost all of his fiction, including: A TALE OF THE ELDER GODS
ANONYMOUS
THE GOTHIC HORROR
CAER SIDHI
THE ENTITY
EATER OF THE DEAD
NIGHTMARE HOUSE
WHAT THE MOON BRINGS
NIGHT ON FORT CARROLL
POISON PEN
THE ADVENTURE OF GOSNELL
JUMBEE
SEEING THINGS AT NIGHT
THE PIRATE OF SHELL CASTLE