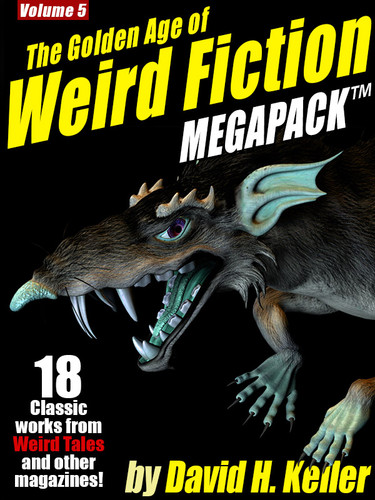 David H. Keller, M.D. (1880-1966) was indeed a medical doctor (a psychiatrist -- and the first to write science fiction). He was an early proponent of H.P. Lovecraft and wrote a number of articles on Lovecraft's work, whose influence can be seen in some of his horror stories. Another influence was James Branch Cabell. This volume concentrates on Keller's fantasy and horror, but does include -- at the end of the book -- a few science-fiction and science-fantasy works which we obtained to late to include in the (already published) Golden Age of Science Fiction volume of his work.

A note to the sensitive: As with many pulp writers, especially those born in the 19th Century, his works are not always politically correct by today's standards. You have been warned.