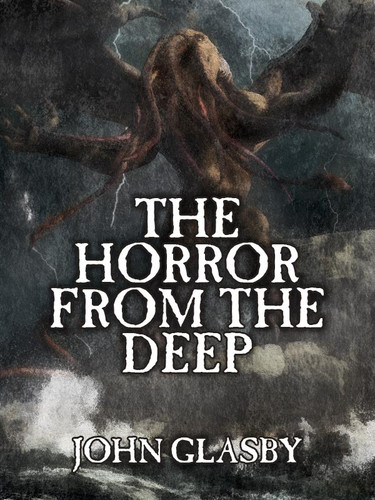 On October 2. 1936. the SS Orient Princess, a vessel of some 8,000 tons, put into Valparaiso carrying a cargo of timber and crude rubber from the Dutch East Indies. Immediately upon arrival, her captain, one Willem van Groot, was met by two members of the local police and Professor Thomas Wilmerson of Miskatonic University, the latter having flown to Chile in response to an urgent radio message sent by van Groot four days before the Orient Princess reached port.

Captain van Groot took with him from the ship, the log and a large notebook carefully wrapped in waterproof oilskin which he kept in his possession until the four men were seated around the table in Wilmerson’s hotel room and the door was securely locked. Only then did the captain place the two items on the table. Before speaking, he opened the ship’s log and riffled through the pages until he found the one he wanted.

Glancing up, he looked at each man in turn, then said quietly, “Gentlemen, I can understand your curiosity concerning the radio message I dispatched but I can assure you that this matter is of the utmost importance and secrecy. I asked that you, Professor Wilmerson, should be here when we docked since this package”— he indicated the oilskin-wrapped book with his right hand—“is addressed to you personally and although I’ve only glanced through the contents, I shudder to think of what may have happened to the writer.”

So begins this Cthulhu Mythos novella, a brand new tale from a British master of dark fantasy!

Hours of great reading await, with tales from some of the 20th century's most renowned horror and da

The Descendant, by Edmund Glasby (epub/Kindle)

He was not the only one who had come to claim an inheritance...

He had to bring his spirit back from the dead&mda

Yancey, a no-good deadbeat, has been borrowing money from his successful friend, a doctor, for years