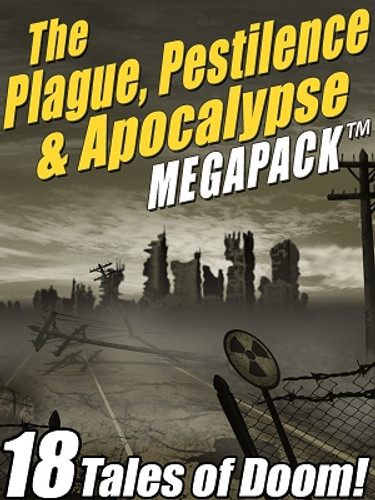 Everyone loves a good disaster story. Fire, famine, disease, war...the world as we know it might end in a million different ways. The Plague, Pestilence, and Apocalypse MEGAPACK™ explores some of the holocausts that might befall mankind, with a special emphasis on plagues (a personal favorite theme of the publisher). If this volume proves popular, we'll do additional volumes focusing on other apocalyptic events... Ice ages? Atomic war? The death of the sun? The possibilities are endless.

PALLBEARER, by Robert Reed
PANDEMIC, by J. F. Bone
WINGS OF THE BLACK DEATH, by Norvell Page
THE MAN WHO LIVED, by Raymond F. O'Kelley
THE UNPARALLELED INVASION, by Jack London
THE 4TH PLAGUE, by Edgar Wallace
THE GERM GROWERS, by Robert Potter
THE ANIMALS SICK OF THE PLAGUE, by Jean de La Fontaine
THOTH, by Joseph Shield Nicholson
THE MASQUE OF THE RED DEATH, by Edgar Allan Poe
THE GREAT GRAY PLAGUE, by Raymond F. Jones
THE SCARLET PLAGUE, by Jack London
THE PLAGUE IN BERGAMO, by Jens Peter Jacobsen
THE PLAGUE, by Teddy Keller
THE LAST MAN, by Mary Shelley
A LEGEND, by Lafcadio Hearn
THE DUST OF DEATH, by Fred M. White
THE COFFIN CURE, by Alan E. Nourse

If you enjoy this ebook, don't forget to search your favorite ebook store for "Wildside Press Megapack" to see more of the 180+ volumes in this series, covering adventure, historical fiction, mysteries, westerns, ghost stories, science fiction -- and much, much more!

The Saki MEGAPACK™ assembles no less than 140 works by H.H. Munro, who also wrote under th