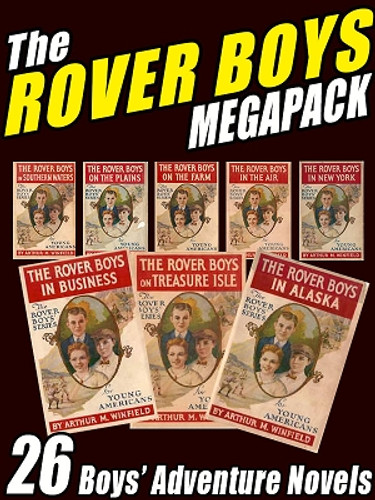 The Rover Boys were precursors to the Hardy Boys -- three brothers who solved mysteries and had adventures at boarding school, on vacation, and abroad. Twenty volumes (all included here) were published. A second series, featuring the adventures of the original Rover Boys' sons, followed. Six volumes of the second series are included as well.

And don't forget to search your favorite ebook store for more entries in Wildside Press's MEGAPACK™ series, ranging from science fiction and fantasy to westerns, mysteries, ghost stories -- and much, much more!