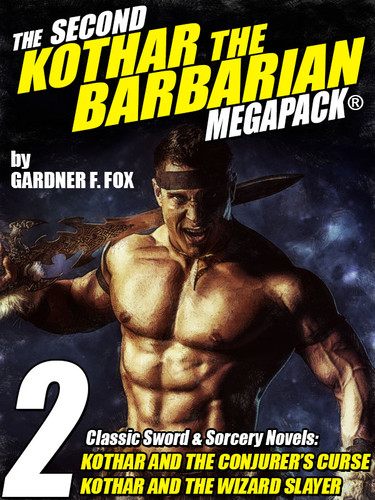 Gardner F. Fox (1911-1986) enjoyed a long and successful career writing in many genres. He wrote adventure novels, spy novels, romances, historical novels, fantasy and science fiction, comic books (more than 4,000 of them!) -- everything imaginable, in fact, and with a skill and surety that won him a legion of fans and readers worldwide.

In the 1960s, at the peak of the sword and sorcery craze, when Robert E. Howard's Conan the Barbarian (and many similar creations) reached the pinnacle of their success, Gardner Fox created his first sword & sorcery hero: Kothar the Barbarian. Kothar's adventures spanned 5 volumes. Included in this volume are the final two books: