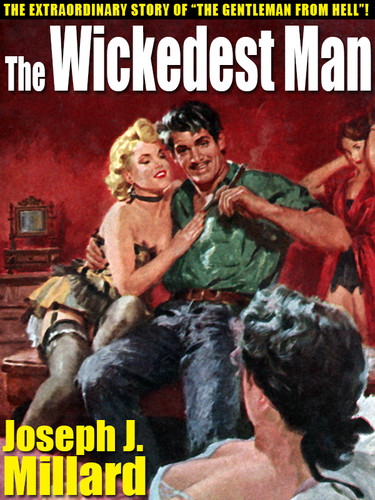 This is the saga of one of the most fabulous characters that ever lived: Ben Hogan, better known as the Gentleman from Hell, who was living proof that fact is stranger than fiction. There have been outstandingly wicked vice lords, gamblers, robbers, and murderers. Hogan was all these and more. During his incredible life, he was a pirate, blockade runner, spy, bounty jumper, pimp, bartender, confidence man, and showman. He boasted of having sent over two hundred beautiful women to Hell to await his return. He was also the strongest man in the world, the uncrowned heavyweight bare-knuckle boxing champion, candidate for Congress, and finally, a fighting evangelist. At the climax of his life, he dominated one of the wildest and bawdiest periods of American history.

Ben Hogan really lived -- and perhaps he died. No one has evidence of his death. His end is as steeped in mystery as the incredible force that drove and sustained him throughout life.

To recreate Hogan's story, author Joseph J. Millard went to the oil-fields of Pennsylvania to walk the ground Ben Hogan walked, to see the scenes of his escapades. He dug into old newspapers and journals, into letters and diaries, and studied hundreds of old photographs of the era. From this research came the story of The Wickedest Man...one of the most amazing life-stories ever published!

The aliens' invasion began with meteor strikes in Kansas. When the investigating team disappears, it

#8 in the Hugh North series.

#7 in the Hugh North series.

#6 in the classic series.

Captain Hugh North of the Army Intelligence has had a strange career, but no part of it compares to