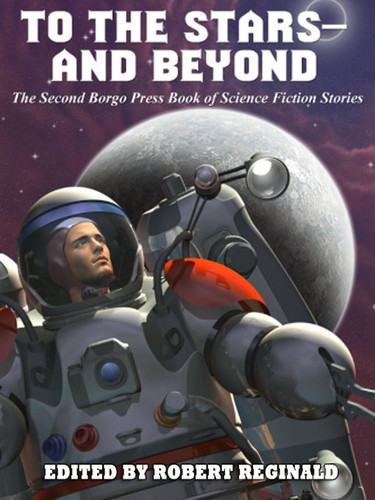 In Damien Broderick’s haunting tale, “The Meek,” the survivors of humanity’s drive toward racial suicide must pay an awful price for their continued survival.

James C. Glass shows us that death may not always be “the end.”

Charles Allen Gramlich’s “I Can Spend You” is a futuristic western which puts prospecting in a whole new light!

“The Voice of the Dolphin in Air,” by Howard V. Hendrix, is a poignant tale of life and death on Mars and the LaGrange space stations.

In Philip E. High’s “This World Is Ours,” David Hacket is given the task of revitalizing a declining city (and world), and finds himself facing an alien invasion.

James B. Johnson’s “The Last American” is fighting to preserve the memory of the old U.S. of A.—in a last stand at the Alamo!

In “Small World: A Small Story,” by Michael Kurland, Vanspeepe invents a new transportation device, hoping to change the world—and he does!

“The Channel Exemption: A Sime~Gen Story,” by Jacqueline Lichtenberg, focuses on the tensions between Sime and Gen when a mixed party of humans is stranded on an alien planet.

Gary Lovisi’s tale, “My Guardian,” tells how mankind is finally able to put an end to wars and mass killings.

“Black Mist,” by Richard A. Lupoff, is a stunning mystery set at a Japanese research station on the Martian moon, Phobos.

Don Webb, in his fascinating tale, “The Five Biographies of General Gerrhan,” demonstrates how easy it is for the professional writer to (mis)interpret, deliberately or otherwise, the story of a space hero.