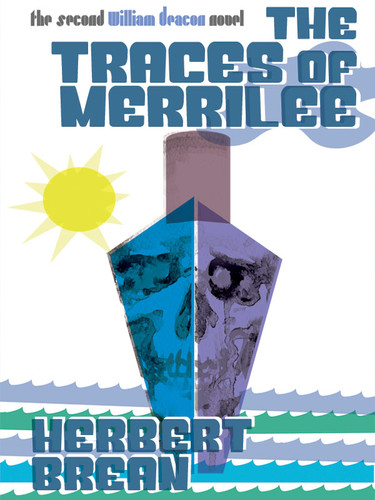 William Deacon, magazine journalist and sometimes detective, suddenly heard himself say, "Okay, if you want to sail on the Montmartre, I can get us aboard." He made one phone call, and to the bewilderment of his true love, Twit-Twit, and his true friends, Tom and Betsy Dolan, all four found themselves outward bound for Europe on the supposedly sold-out pride of the line. And thereby lies a trail to America's sexiest movie star (Merrilee), her fears of a fate worse than a fate worse than death, her nightmares that literally come true, and a Hollywood conspiracy that could baffle the C.I.A.--all packed into the wittiest, most tightly plotted mysteries of the year!

Herbert Brean was an American journalist and crime fiction writer, best known for his recurring series characters William Deacon and Reynold Frame. He was a director and former executive vice president of the Mystery Writers of America, a group for which he also taught a class in mystery writing. Aside from his seven mystery crime novels, he also published non-fiction books and articles, and mystery magazine short stories. Alfred Hitchcock used one of Brean's many articles for Life Magazine, "A Case of Identity" (1953) as the basis for his film The Wrong Man.

By the Shores of the Lake, by Herbert Kastle (epub/Kindle/pdf)

Zelda’s Tavern was at the crossroads, and most of the local boys, farmers’ sons and youngsters from

Till Death Do Not Us Part , by Talmage Powell (epub/Kindle/pdf)