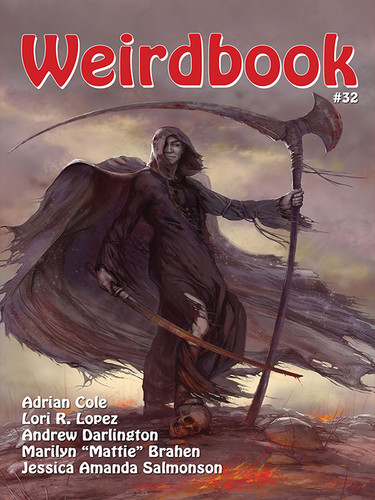 Weirdbook #32 presents a selection of great fantasy and horror tales by current and upcoming masters of the genre. Included are:

Nick Carter faces one of his most unusual foes—Captain Sparkle, Pirate!—in this vintage

Barb Goffman, one of the most acclaimed short story editors and authors in the mystery field, presen

Dorothy, rope-dancer and palmist, arrives at the Château de Roborey with her circus, she’

Shannon's Imperial Circus was a jinxed space-carny leased for a mysterious tour of the inner worlds.