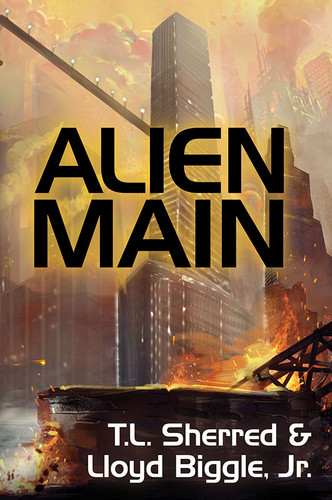 On screen, the city lay shimmeringly beautiful in the morning sun. For a suspenseful moment we contemplated the confidently proud splendor, the towers and spires reared high, the orderly veins of traffic radiating to the city’s horizons, the comic clusters of scurrying transportation microbes, the buildings of all descriptions arranged in a miraculous patchwork mosaic that only high civilization can achieve.

Suddenly a grotesquely misplaced sun filled the screen, and the city dissolved in its death glow as the nuclear storm broke over it with the fury of a smashing, incandescent fist. Towers and spires toppled, streets were obliterated, and the writhing landscape vanished in a convulsive eruption of smoke and dust.

Then we were shown a close-up view. The revelation that there were people down there came as a shock. Those unfortunate enough to survive the force of the explosion were incinerated in the hideous afterglow of radiation. Even in death and torment, Earth’s people looked surprisingly human.

Pit and the Princess, by John Gregory Betancourt (epub/Kindle/pdf)

Peter Geller is sent to Las Vegas to find a crime boss's niece, but things take an unexpected turn w

Pit and the Pendulum, by John Gregory Betancourt (paper)