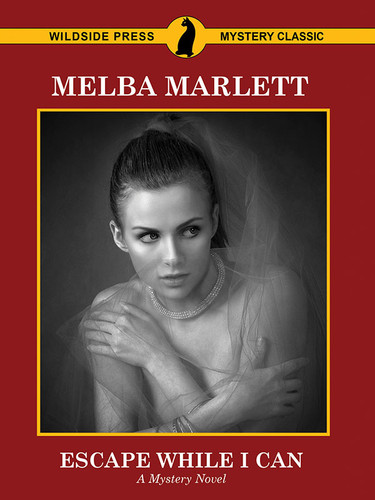 WHEN THE FAMILY FORTUNE suddenly dissolved, the Brandons wrapped the threads of their former prestige about them and went into solitary confinement. Middle-aged, outwardly courteous but inwardly bitter and hateful, the three of them lived in a state of suspended animosity, pretending to ignore the fear that hung over them.

This was the family that greeted Elizabeth when, in her youth and naïveté, she married Thayer Brandon. She tried sincerely to fit into the curiously distraught household, but fear is contagious, and the time came when Elizabeth feared for her own life and fled. She returned eight years later when murder became an accomplished fact instead of a whispered fancy, and the words insanity, revenge, motive were flung around a courtroom.

Melba Marlett spent two years perfecting this first-rate mystery novel. She has always told a good story, but here she reaches a new high in suspense and characterization.

A hip detective with a stylish pad and a cutting-edge record collection (jazz, of course!) tools aro

The Frightened Ones, by Melba Marlett (epub/Kindle/pdf)

An exercise in fear, as a killer makes a bold prison escape, then takes refuge on a farm -- only to

Can a Mermaid Kill?, by Thomas B. Dewey (epub/Kindle/pdf)

So unmoving was the girl sitting on the wet rocks that, at first, she seemed a permanent feature of

I said, “What’s this about the vampire man?” She chuckled. “Oh, the Chevalier Futaine. Didn’t you r

No Escape from Destiny, by Arthur Leo Zagat (epub/Kindle)

The Best Ye Breed (1978) is a science fiction novel, third in a sequence of near-future stories set

At the Metropolitan Museam, a janitor discuses the authenticity of a Bruegel piece with a visiting a

These Doth The Lord Hate, by Manly Wade Wellman (epub/Kindle)

Before me lies open E. A. Ashwin’s translation of Compendium Maleficarum, just as three hundre