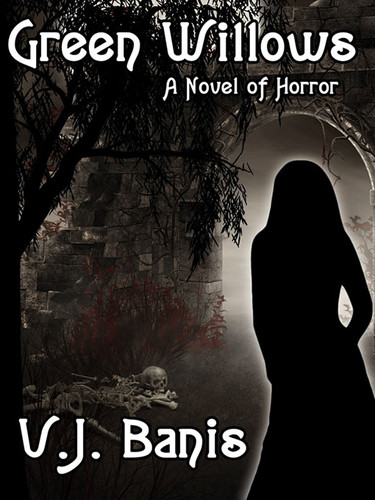 "I see two women struggling together by the lake. I see them fall into the water... The wind rustles the branches of the willows and it is the sound of gentle sobbing in the night... Someone screams..."

Something dark and mysterious haunts the halls of stately Green Willows. Village gossip says it's the ghost of Jonathon Tremayne's wife, the beautiful and saintly Angela, who was treacherously murdered here. Pretty Mary Kirkpatrick, hired as governess to Jonathon's only child, Elizabeth, quickly finds herself falling in love with the handsome master of Green Willows, and discounts the gossip--until the night she finds herself confronted with a ghostly apparition!

A riveting gothic novel with a nineteenth-century setting!

When Antoinette swindled Margaree Harrod out of the old estate on Cape Breton Island, Margaree swore

In the distance Kelsey House stood framed against the sky, its windows gleaming brightly. There was

The planet was an enigma—and its solution was death!

The planet was an enigma—and its solution was death! A Retief story.

Criminals, beware; the Scorpion is on your trail! Hoodlums fear his fury—and, for that matter,

The Push of a Finger, by Alfred Bester (epub/Kindle/pdf)

The push of a finger—or a careless word, for that matter—can wreck the entire universe.

The Queen of Diamonds Murder, by Zachary Strong (epub/Kindle/pdf)

He was just a private dick who went about recovering stolen jewels for insurance companies. So why d

John Lux was an electronic scientist, a level-headed industrialist, an ordinary twentieth century