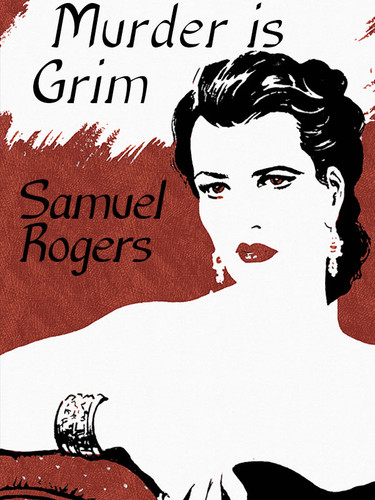 If Kate Archer had known just what the invitation entailed, she most certainly would not have succumbed to the pleading of June Gladstone to spend a month’s vacation at her father’s luxurious farm.

Kate had met June at school, and, although four years her senior, had gone out of her way to befriend the forlorn, unattractive, almost ugly girl in her early teens. Now, five years later, the invitation had appeared out of the blue, and Kate found herself a guest in a strange, isolated household of very bohemian ways, with a menacing undercurrent that made Kate very uneasy. Suddenly, things began to happen with astonishing rapidity. Clotilde, June’s beautiful stepsister was kidnapped in very gruesome circumstances, and Kate had to play a nerve-racking part in delivering the ransom money.

But two murders occurred before peace was finally restored in the Gladstone household, and the warped, twisted mind of a murderer was revealed.

Don't Look Behind You, by Samuel Rogers (epub/Kindle/pdf)

DON’T LOOK BEHIND YOU! A madman has marked you for death. He follows you in the woods. He cl

Don't Look Behind You, by Samuel Rogers (epub/Kindle/pdf)

DON’T LOOK BEHIND YOU! A madman has marked you for death. He follows you in the woods. He cl