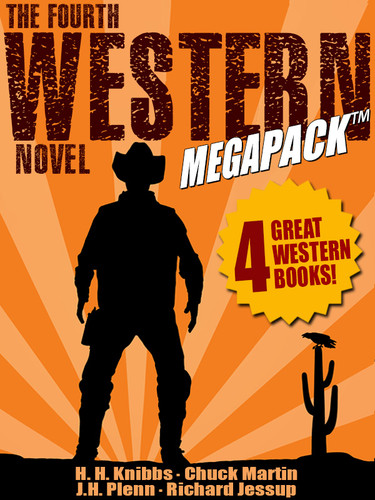 Yes, it's another another great selection of four great western-themed books from Wildside Press! Here are:

THE TONTO KID, by H. H. Knibbs ... “Few Western novels present such a powerful and ruthless character as young Pete in The Tonto Kid. Like Billy the Kid, Pete started his violent career at an early age; by thirteen he was famous as a “killer.” His vivid life is a classic in Western fiction, written by a man who knows the drama of a colorful American era.”

COMANCHE VENGEANCE, by Richard Jessup ... He followed her on her trail for bengeance, a guardian angel with a fast gun...

TEXAS HELLION, by J.H. Plenn ... The true story of the deadliest man-killer in the lusty, trigger-happy days of the Old West!