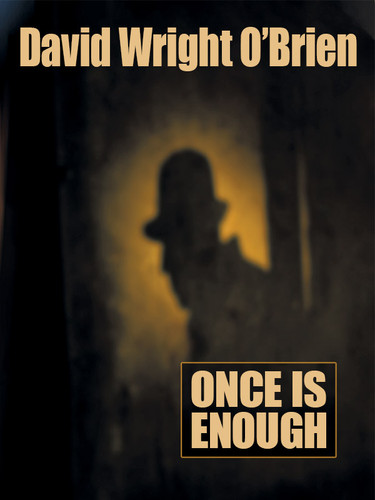 As consciousness returned to him, Thane fought to push aside the thick curtain of nausea and pain which blanketed his mind. Somewhere in the distance a telephone was ringing with evenly spaced insistence, and Thane tried to struggle to his feet to answer it.

He managed somehow to push himself upward on his elbows. Pain lanced molten shafts of agony into his temples and he groaned, clutching tightly to the cool, hard object in his right hand.

“A minute—” Thane began. And then he saw the gun. It was the cool, hard object he clutched in his right hand. Instinctively his fingers released it, and it thudded softly to the thick brown carpet.

The ringing of the telephone jarred him again, its clamor not to be denied; and Thane released his grasp on the davenport, taking an unsteady step in the direction of the sound. He almost stumbled over the body.

The telephone had stopped ringing.

Thane’s eyes went to the gun he had dropped. It lay less than a yard from the dead man’s hand. In the terrible silence that was louder than noise, Thane stared ashenly at the body.

Once Departed, by Mack Reynolds (epub/Kindle)

The Logs, by David Brin (epub/Kindle)

The Tell, by David Brin (epub/Kindle)

Out of Death's Shadow, by Nicholas Carter (epub/Kindle)

"Get Gunther," the official orders read. It was to laugh! For Click and Irish were marooned on the p

Revolt was flaring on Callisto, and Peter Duane held the secret that would make the uprising a succe