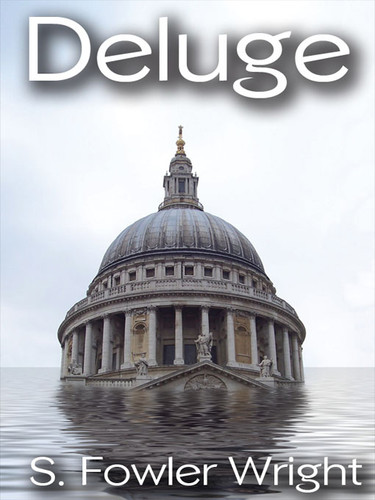 A great cataclysm shakes the world, and much of Great Britain sinks beneath the ocean during a terrifying windstorm that has already flattened most of mankind’s dwellings. Martin Webster and his wife, Helen, manage to survive that first horrible night, but become separated as waves of salt water come surging into the English countryside. Webster, believing his wife drowned, moves into an old railway tunnel, which provides some shelter from the elements, and manages to scavenge some of the remnants of civilization. While down by the shores of the new sea, he sees a woman stagger out of the waves after swimming miles from some outlying island. Claire moves in with Martin, but is kidnapped by a band of twenty renegades who mean to use her as a common mistress for the group. Webster manages to rescue her, but the pair are besieged in their tunnel until a second group, headed by Tom Aldworth, attacks the outlaws, and saves them for an uncertain future. See also the stirring sequel, Dawn.

What the Vintners Buy, by Mack Reynolds (epub/Kindle)

The Adventure of the Sinister Stranger, by Agatha Christie (epub/Kindle)

“The Adventure of the Sinister Stranger,” the second in a series of 12 mystery stories f