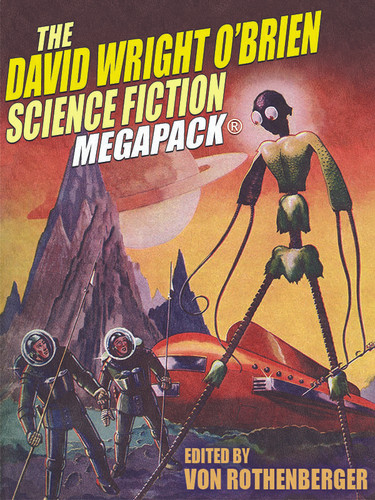 In just a few years, David Wright O'Brien became one of the mainstays of Ray Palmer's Amazing Stories and Fantastic Adventures magazines. Called to duty in World War II, he continued writing even as he flew bomber missions. He died in combat, a casualty of war, but he left behind a legacy of more than 75 great fantasy and science fiction stories. This volume collects some of the best:

"Some of O'Brien's work was Space Opera or other routine adventure, but many of his stories betray a strain of humour, not unlike Henry Kuttner's at that time. O'Brien was a sharp and creative writer who liked stories of madcap invention as well as mere sf adventure." —The Encyclopedia of Science Fiction

And Mongo Was His Name-O, by A.R. Morlan (epub/Kindle/pdf)

Sometimes it's more than mere luck that brings cats and humans together...