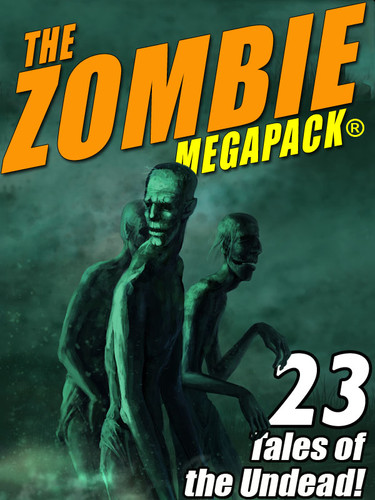 Today’s zombies aren’t quite the zombies of yesteryear. Today they are faster, bloodier, and more violent than ever before. But faster, bloodier, and more violent isn’t always a good thing. Mood, atmosphere, characterization, and storytelling power are the hallmarks of good horror fiction, and we have chosen the stories for this MEGAPACK® that focus (mostly!) on more traditional zombies: resurrected corpses, voodoo, black magic (and black science). There are still thrills and chills awaiting -- just little in the way of go-for-the-gross-out extreme horror. If you like great storytelling and tales beyond George Romero-style flesh- and brain-eaters, this is the perfect collection for you. Included are:

Available in ePub, Kindle (.mobi) and .pdf. This time we present for your reading pleasure a select