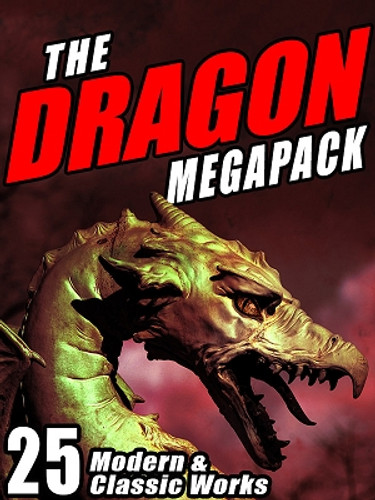 Dragons have thrilled the imagination since the days of ancient Greece and Rome. From heroes like Hercules to King Arthur and the Knights of the Round Table, from Frodo in The Hobbit to St. George, generations of heroes -- real and fictional -- have sought to slay the Great Worms and plunder their treasure troves. This volume collects 25 modern and classic works about dragons (plus a bonus short poem), from Beowulf to the Brothers Grimm, from Lewis Carroll's "Jabberwocky" to modern tales great new writers like Michael Kurland and Gary Lovisi. Included are:

SYMPATHY FOR DRAGONS, by John Gregory Betancourt
THE FOUR CLEVER BROTHERS, by The Brothers Grimm
THE FIFTY-FIRST DRAGON, by Heywood Broun
THE SLAYING OF THE MONSTER, by R. H. Barlow and H. P. Lovecraft
THE KING OF THE FISHES, by Joseph Jacobs
THE STUDENT WHO WAS FORCIBLY MADE KING, by Anonymous
OF MICE & DRAGONS, by Gary Lovisi
THE DRAGON OF THE NORTH, by Andrew Lang
THE RELUCTANT DRAGON, by Kenneth Grahame
JOHN THE TRUE, by Joseph Jacobs
VERNAN'S DRAGON, by John Gregory Betancourt
HOW THE DRAGON WAS TRICKED, by J. G. von Hahn
LILY AND THE LION, by the Brothers Grimm
LILY AND THE DRAGON, by Michael Kurland
THE PRINCE AND THE DRAGON, by Andrew Lang
WHY THE RED DRAGON IS THE EMBLEM OF WALES, by W. Jenkyn Thomas
JABBERWOCKY, by Lewis Carroll
THE DRAGON'S TEETH, by Nathaniel Hawthorne
THE DRAGON OF WANTLEY, by Henry Carey
THE LAST OF THE DRAGONS, by E. Nesbit
THE DRAGON OF LA TRINITA, by Mary Lovett Cameron
THE LITTLE BULL-CALF, by Andrew Lang
RICH PETER THE PEDLAR, by George Webbe Dasent
THE TWO BROTHERS, by The Brothers Grimm
THE MANDELBROT DRAGON, by Mary A. Turzillo
THE TALE OF BEOWULF, by Anonymous (translated by William Morris)

And don't forget to search this ebook store for "Wildside MEGAPACK™" to see more great collections, ranging from fantasy and science fiction to mysteries, westerns, adventure stories, and more! (View them by publication date to see the most recent additions.)