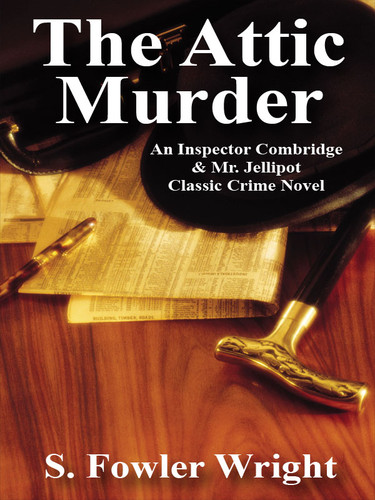 Francis Hammerton is arrested and convicted of involvement with a gang of confidence men--a charge of which he is entirely innocent--but escapes police custody when a cell door is left unlocked. He finds refuge at a nearby boarding house, but is arrested again when he discovers (and reports) the murdered body of an upstairs tenant--and then is unjustly accused of murder.
The dead man had been suspected of a major bank fraud, and was being investigated by a private detective firm. Francis secures the services of Mr. Jellipot, whom his father had known, and although Jellipot isn't a criminal attorney, he agrees to handle the case. And then, piece by patient piece, the little solicitor begins fitting together the shadowy pieces of this complex series of crimes. But can he find the true culprit in time, and also get Francis exonerated of the offense for which he's already been convicted?
An absolutely gripping crime novel from the 1930s!
×

"Equal parts of Maryland, young lovers, and a murder mystery make this a literary julep." —Th