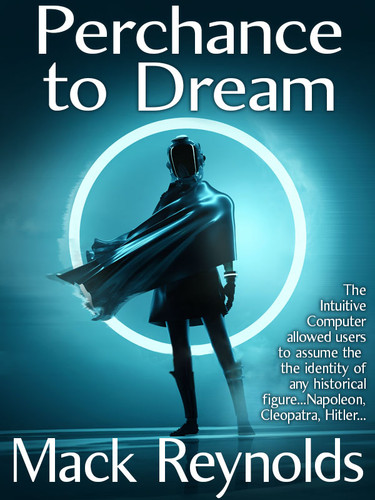 It looked remarkably like a sterile, cold metallic coffin. It was the Intuitive Computer, a fantastic invention that would allow a user to assume the identity of any historical figure - Napoleon, Cleopatra, Hitler - anyone who ever existed. The possessor of this top-secret device would be able to witness the building of the pyramids, the crucifixion, the discovery of America. The Intuitive Computer would revolutionize the studies of history, archaeology, anthropology; it would eventually revolutionize the entire entertainment and leisure industry. The lives of every person on Earth would be changed because of it. IT WAS PROBABLY THE MOST DANGEROUS INVENTION IN THE HISTORY OF THE HUMAN RACE.

In the mysterious bayou country of Louisiana, Jennifer Hale, orphaned and destitute in the wake

A collection of ghost and suspense stories by J. Sheridan Le Fanu, selected and edited by M.R. James

A Rope Through His Ear, by James Holding (epub/Kindle/pdf)

When a less-than-honest collector decides to add a valuable Mochica jug to his collection, he consul

When Angela disappears, her husband begins to suspect foul play and summons Scotland Yard. Was it th

The political situation in the 21st century was coming to the boil: one man, a scientist, held what