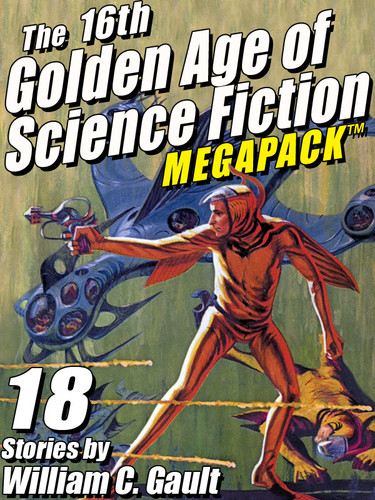 William Campbell Gault (1910–1995) was an American writer. He wrote under his own name, as well as (among others) the pseudonyms Roney Scott, Larry Sternig, and Will Duke. He is probably best remembered for his sports fiction, particularly the young-readers’ novels he began publishing in the early 1960s. Gault was also an acclaimed mystery writer. He was not limited to sports and mysteries, though—he also wrote a substantial body of science fiction. (Admittedly, he did mix crime and sports into his science fiction!) I believe this volume is the largest collection of his fantastic work ever produced. Included are:

Robert Moore Williams (1907–1977) was an American writer, primarily of science fiction. He wrote not

Hudson looked round the command room with its cramped balsa-plast desk, single chair and wall bunk.