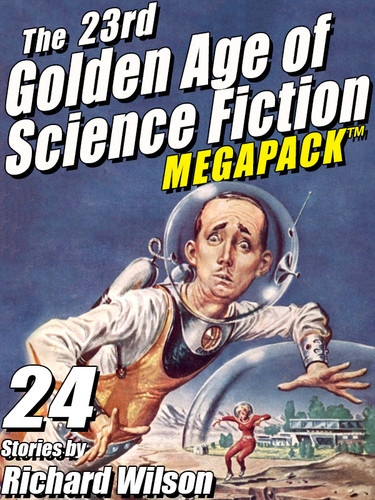 Richard Wilson (1920–1987) was a Nebula Award winning American science fiction writer and fan. He was a member of the Futurians, and was at his most prolific in the 1950s—though he continued writing throughout his entire life. This volume focuses on his science fiction (24 stories) from the 1950s, but also includes a "non fiction" ghost story and a brief autobiography written in the 1980s. Included are:

The last of the great pulp fiction writers still plies his trade -- from a table at a flea market!

He had to be rid of both of these women—one who represented everything he should want, and did

Inside Out, by Richard Wilson and Kenneth Bulmer (epub/Kindle/pdf)

It was an old dream come true: a machine that could give a man anything in the world. Or nothing...

Paul Asher woke not knowing a thing about his real mission. But the man in the wheelchair and the wo

Cyril M. Kornbluth (1923–1958) was an American science fiction author and a notable member of