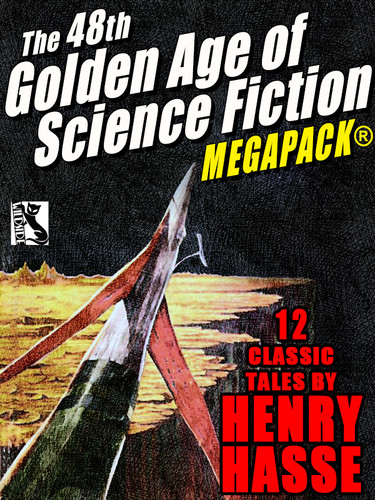 If Henry Hasse (1913–1977) is remembered today, it is probably as the co-author of Ray Bradbury's first published story, “Pendulum,” which appeared in November 1941 in Super Science Stories. Hassee published only one novel, The Stars Will Wait, from a minor publisher in 1968. From the late 1930s to the early 1950s, however, he was a frequent and popular author in the pulp science fiction magazines, publishing more than 50 adventure stories such as the ones presented here. One, “He Who Shrank,” was anthologized in the seminal science fiction anthology, Adventures in Time and Space, edited by Raymond J. Healy and J. Francis McComas. (If the title sounds familiar, you might also have read it in Isaac Asimov’s anthology, Before the Golden Age.) He published his last two stories—probably unsold tales from his pulpster years—in Whispers in the 1970s.

THE BEGINNING
THE STAR OF SATAN
ALCATRAZ OF THE STARWAYS
REVENGE OF THE VERA
STAR OF PANADUR
THIEF OF MARS
CITY OF THE LIVING FLAME
PROKTOLS OF NEPTUNE
WE’RE FRIENDS, NOW
OUT OF THIS WORLD
WALLS OF ACID
ONE PURPLE HOPE!