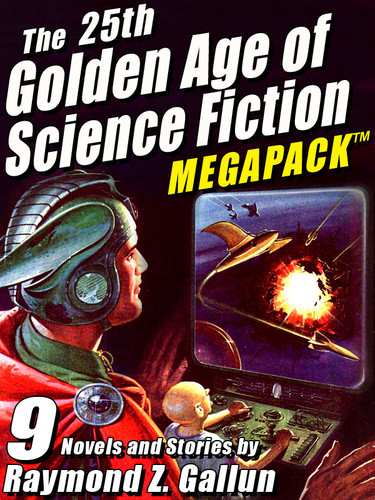 Raymond Zinke Gallun (1911 - 1994) was among the earliest pulp fiction writers who specialized in science fiction, and he sold many stories to magazines in the 1930s under his own name and several pseudonyms (such as Dow Elstar, E.V. Raymond and William Callahan). His first novel, "People Minus X" (included here) was published in 1957, followed by his second, "The Planet Strappers," in 1961 (also included here). He was honored with the I-CON Lifetime Achievement Award in 1985 at I-CON IV; the award was later renamed The Raymond Z. Gallun Award.

Never had the mind of man conceived so horrible a doom as was reaching for Earth. Never had a greate