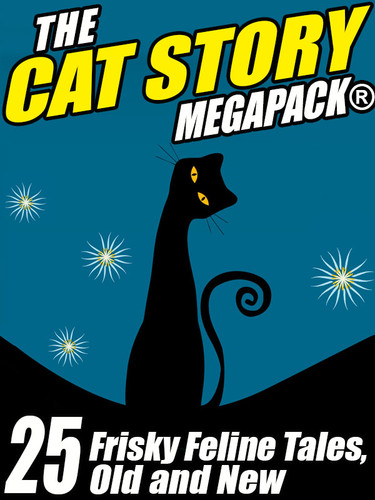 This volume includes 25 wonderful, wondrous stories and two poems about cats, by major authors old and new. Included are:

INTRODUCTION: ...IN THE DARK, by Robert Reginald
SEVEN SAW MURDER, by G. T. Fleming-Roberts
THE CATS, by H. P. Lovecraft (poem)
THE HEMINGWAY KITTENS, by A. R. Morlan
THE CAT AND THE BIRDS, by Aesop
THE BEAST FROM THE ABYSS, by Robert E. Howard
OUT OF PLACE, by Pamela Sargent
THE FOX AND THE CAT, by the Brothers Grimm
THE BLACK CAT, by Edgar Allan Poe
THE CAT AND MOUSE IN PARTNERSHIP, by Andrew Lang
NIPPER...NIP...NIP, by Robert Reginald
TOBERMORY, by Saki (H. H. Munro)
THE CAT, by E. F. Benson
A PSYCHICAL INVASION, by Algernon Blackwood
UNIVERSES, by A. R. Morlan (poem)
THE VAMPIRE CAT OF NABÉSHIMA, by Lord Redesdale
THE WOMAN AND THE CAT, by Marcel Prévost
DICK BAKER'S CAT, by Mark Twain
BEAST OF THE TARN, by John Russell Fearn
MRS. MILLIGAN'S CAT, by Gary Lovisi
A REVOLT OF THE GODS, by Ambrose Bierce
MONTY'S FRIEND, by William Livingston Alden
THE HEADLESS CAT, by Elliott O'Donnell
ALL CATS ARE GRAY, by Andre Norton
THE SLUM CAT, by Ernest Thompson Seton
MY FATHER, THE CAT, by Henry Slesar
THE BALLET OF THE CATS, by Sydney J. Bounds
LETTERS FROM A CAT, by Helen Hunt Jackson
ABOUT THE AUTHORS

And don't forget to search this ebook store for "Wildside MEGAPACK™" to see all the volumes in this ongoing series, including volumes of science fiction, fantasy, horror, westerns, adventure, mystery -- and much, much more!

Almost everyone likes dogs, even those who prefer cats as pets. So it's not surprising that writers