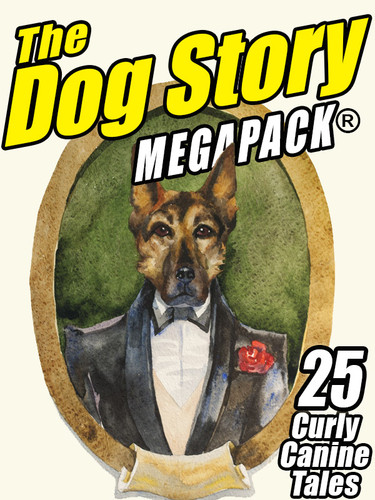 Almost everyone likes dogs, even those who prefer cats as pets. So it's not surprising that writers have devoted a great deal of verbiage indeed to describe their ongoing love affair with the canine breed. You'll find herein all kinds of tales focusing on dogs: science fiction stories, mysteries, horror tales, westerns, memoirs, humorous accounts, and first-person doggie narratives. There are well-known pieces by writers such as Jack London, James Oliver Curwood, Washington Irving, Saki, E. C. Tubb, John Gregory Betancourt, Robert Hood, and Jack Dann--and stories by authors who are relatively unknown today.

Here are twenty-five marvelous tales of dogs and their interactions with humans, plus five bonus poems:

"The Call of the Wild," by Jack London
"My Friend Bobby," by Alan E. Nourse
"Neb," by Robert Reginald
"My Friend," by Anonymous [poem]
"Kerfol," by Edith Wharton
"The Monster," by S. M. Tenneshaw
"Tinker," by E. Nesbit
"Phantom Dogs," by Elliott O'Donnell
"The Dogs of Hannoie," by E. C. Tubb
"Warlock," by Gordon Stables [poem]
"Spaniel and Newfoundland Dogs," by Edward Jesse
"A Dog of Flanders," by Ouida
"Guard Dog," by Robert Hood
"Rip Van Winkle," by Washington Irving
"Stories of Dog Sagacity," by W. H. G. Kingston
"The Best Friend," by Meribah Philbrick Abbott [poem]
"Grab a Knife and Save a Life," by Mark E. Burgess
"Kazan," by James Oliver Curwood
"Mercy's Reward," by Sir Edwin Arnold [poem]
"Snap: The Story of a Bull-Terrier," by Ernest Thompson Seton
"Dogs Questing," by John Gregory Betancourt
"The Widow's Dog," by Mary Russell Mitford
"The Beast of Space," by F. E. Hardart
"Oil of Dog," by Ambrose Bierce
"Spirit Dog," by Jack Dann
"Little Doggerel," by Robert Reginald [poem]
"A Pilgrim," by Robert W. Chambers
"The Open Window," by Saki
"Memoirs of a Yellow Dog," by O. Henry
"The Sound of the Barkervilles," by Robert Reginald.

And don't forget to search this ebook store for "Wildside MEGAPACK™" to see more volumes in the series, including more animal stories (like Cats), plus mysteries, adventure stories, westerns, ghost stories, science fiction -- and much, much more!

Sometimes, losing a bet isn't all that bad. This wasn't one of those times.

Aboard a spaceship, a man and his son listen to radio programs from Earth once a week. Until they le