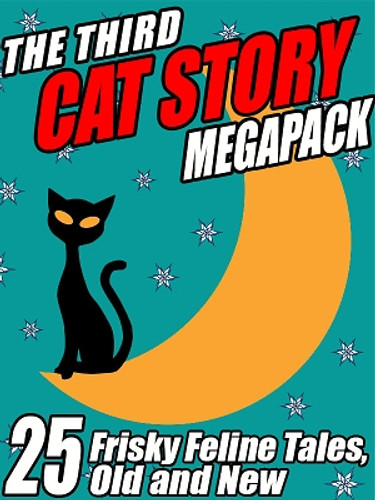 Our third offering of kitty delights and delectables features 25 cat stories, 2 nonfiction compilations of cat anecdotes, and 9 poems--but the emphasis overall is decidedly more modern than in our previous cat MEGAPACKS™. Heading the list this time are: Mary A. Turzillo, who contributes 8 tales and poems; A. R. Morlan, author of 6 stories; Michael Hemmingson, who's penned 3 moving poems; Damien Broderick, writer of 2 otherworldly cat tales; Kathryn Ptacek, contributor of 2 fantasies; Douglas Menville, who provides a couple of kitty poems; and pieces by Darrell Schweitzer, David C. Smith, and Marilyn "Mattie" Brahen--not to mention Lewis Carroll, Mark Twain, Bram Stoker, and Mary E. Wilkins Freeman. So, settle back in your chair, your couch, and your bed, cat-lovers everywhere, and enjoy this new anthology of frisky feline tales!

Almost everyone likes dogs, even those who prefer cats as pets. So it's not surprising that writers

We love ghost stories here at Wildside Press. If you've read the first 3 volumes in the Ghost Story