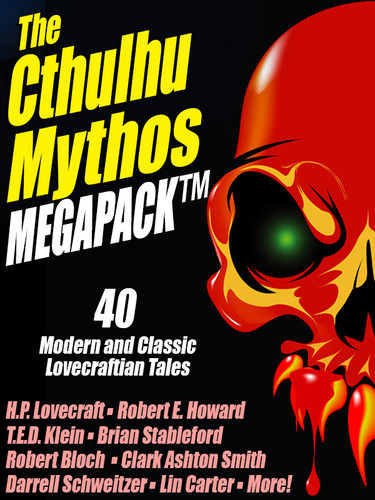 This volume assembles no less than 40 stories set in H.P. Lovecraft's Cthulhu Mythos. Ranging from Lovecraft's own tales (including classics such as the novel At the Mountains of Madness, "The Shadow Over Innsmouth," and "The Colour Out of Space") to works by his friends and contemporaries (Clark Ashton Smith, Robert E. Howard, Frank Belknap Long, and Robert Bloch), to later followers (Henry Kuttner, Lin Carter, Brian McNaughton), and contemporary afficianados (Brian Stableford, Mark McLaughlin, Adrian Cole) -- and many more. This is one collection no Lovecraft fan can afford to miss!

Readers of our Macabre and Ghost Stories MEGAPACK™ ebook series will surely enjoy this volume, which

Welcome to The 11th Science Fiction MEGAPACK®! We hope you will enjoy the stories we have selected f

Welcome to another wide-ranging collection of dark fantasy and horror stories. From familiar classic