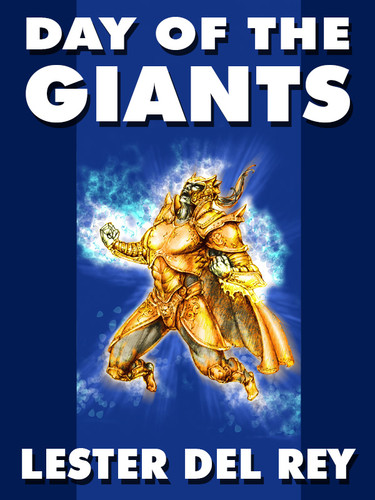 Leif Svensen's neighbor, come to warn him that the farmers were going to take violent action against his dog for killing their livestock, mentioned that he'd seen an angel the night before. "Big blonde woman on a white horse, singing loud enough to raise the dead, about a hundred feet up in the air."

Then, on his way to find his madcap twin, Leif met a stranger who knew his name and who spoke of "the Fimbulwinter already upon us." Fimbulwinter! The dreadful winter that in Norse mythology preceded Ragnarok -- the final war between the gods and the giants! Fimbulwinter -- which presaged the Day of the Giants!

Leif Svensen and his brother were caught up in the destinies of a real but alien world. For if the giants triumphed, they would overrun Earth; and if the Aesir -- the gods -- won, Earth would be their footstool!

He was the man of two planets, drawn through the blackness of space to save a nation from ruthless i

The Mystery of the Ravenspurs, by Fred M. White (Epub/Kindle)

The Ravenspur family is rich and respectable. Unfortunately, a series of deaths is picking them off

The Black Cat User Guide — Get the most from your membership!

Need help with the Black Cat? Here's a handy User Guide that will answer many questions, show you ho

School for the Unspeakable, by Manly Wade Wellman (epub/Kindle)