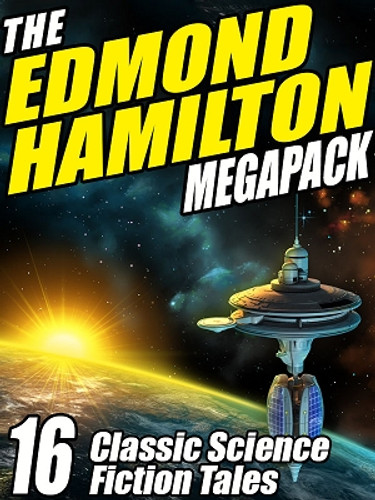 Edmond Hamilton. For most people, this name conjures visions of two-fisted space opera-pure pulp science fiction. And Hamilton-known as the author of the Captain Future series-was indeed one of the foremost writers of pulp space opera. Over the years, as his work became more polished and sophisticated, he became far more than that: a visionary of the future whose imagination knew no bounds. He was truly a cosmic writer, as stories such as Devolution" (in this collection) demonstrate. If you are interested in pulp science fiction at its pulpiest-look no farther. Edmond Hamilton is the author for you.

Day of the Micro-Men, by Edmond Hamilton (epub/Kindle/pdf)

To Gurth, the freedom of his race was the aim of his life—and he faces tortures unbearable to bring

Cheops' daughter, the story goes, earned the money for her pyramid by practicing what was even then

Out of the dark vastness of the void ca

The “Golden Age of Science Fiction” MEGAPACKS™ are designed to introduce