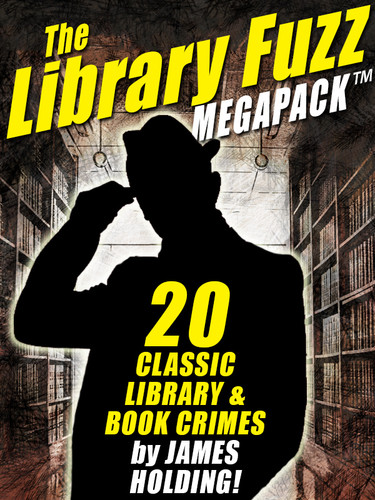 James Holding (1907-1997) was a prolific short story author in the mystery field. (He also wrote children's books -- including the Ellery Queen Jr. series -- but short stories were his true domain.) Among the many series he created, the "Library Fuzz" stories, about detective Hal Johnson who tracks down overdue library books (and often stumbles across bigger crimes) is one of the most unusual...and fun!

This MEGAPACK™ collects all the "Library Fuzz" tales, plus several that feature secondary characters in their own stories...plus a (very different) alternate version of one story.

This volume assembles no less than 40 stories set in H.P. Lovecraft's Cthulhu Mythos. Ranging from L

The Haunts & Horrors MEGAPACK™ offers everything from ghosts to vampires, from t