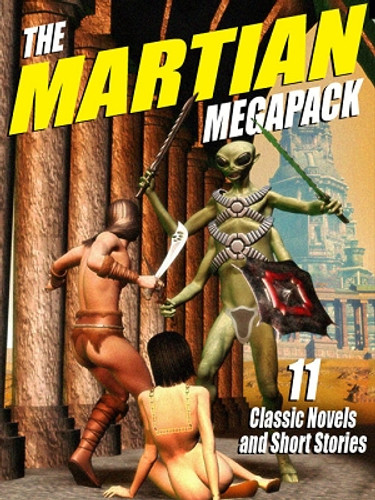 This volume in the MEGAPACK® series assembles classic Martian science fiction, including the first 5 volumes of Edgar Rice Burroughs' Barsoom saga (A Princess of Mars, The Gods of Mars, Warlord of Mars, Thuvia, Maid of Mars, and The Chessmen of Mars), plus six early Martian novels and stories: Edison's Conquest of Mars, by Garrett P. Serviss; Gulliver of Mars, by Edwin L. Arnold; "A Martian Odyssey," by Stanley G. Weinbaum; "Valley of Dreams," by Stanley G. Weinbaum; "The Man the Martians Made," by Frank Belknap Long; and "Black Amazon of Mars," by Leigh Brackett.

The Saki MEGAPACK™ assembles no less than 140 works by H.H. Munro, who also wrote under th