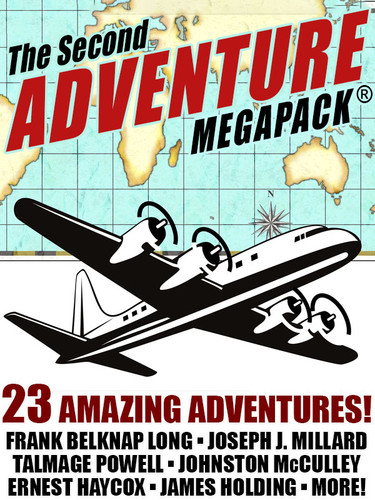 The Second Adventure MEGAPACK® assembles 23 tales (and a poem) of grand adventure. We’ve plundered a wide variety of sources to bring you an assortment of rip-roaring action tales, exotic locales, and even a little romance—spanning many continents and time periods. So hold onto your hat (if you’re wearing one) and get ready for a thrilling read!

A note for the sensitive: as with many works that appeared in the early part of the 20th century, some of the fiction contained here may contain "yellow peril," racism, or other elements which are politically incorrect by modern standards. Please keep in mind the context of their original appearances.