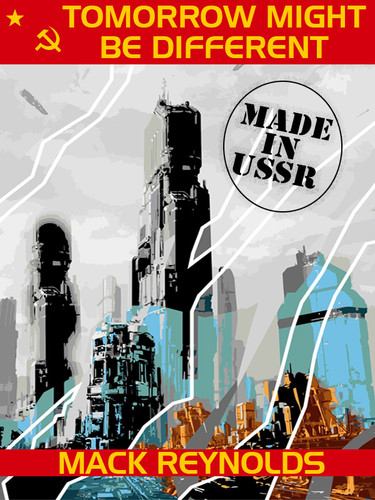 What would the world be like if the Russians discovered how to beat us at our own capitalistic game, and began dumping inexpensive, quality goods on the world market?

In this novel, Mack Reynolds deposits us into just such a future. It is a world where America is rapidly being turned into a second-rate power as its industries go bankrupt. A world that is falling under the wheels of the Soviet juggernaut, peacefully and passively. It is a world where the U.S. has only one way to retaliate - by bringing a little religion into the Soviet Union, a very special religion.

Pistols For Nobody, by Manly Wade Wellman (epub/Kindle)

Squire Huckleroy told the jury that Clavering and Tebow, both law scholars together, hadn’t be

On the planet Aragon, a simple agrarian family of colonists finds their very existence threatened by

A lawman's understanding of the subtleties of human nature astounds his posse, including his sons.

Back to the Beast, by Manly Wade Wellman (epub/Kindle)

Dr. Lawler's serum would revert any person to a more primitive state—physically, not mentally.

Simms had the toughest assignment of his career. He must fight his way through Venusian intrigue to