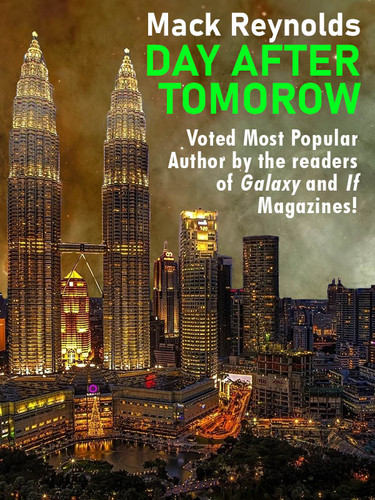 "The time is the future. The government is a corrupt and inefficient bureaucracy, mainly concerned with protecting the profits of large corporations. The Movement is a new and non-violent revolutionary group seeking to replace the political mess with a just and scientifically efficient socioeconomic system. The Movement was staffed by some of the world's greatest intellectuals and scientists; unfortunately, they were amateurs in the business of revolution.

The government could call on an army of ruthless professional agents -- and they had no scruples about using violence."

What would the world be like if the Russians discovered how to beat us at our own capitalistic game,

In Rolltown, Mack Reynolds has turned his productive imagination towards the growing phenomenon of m

The Minikins of Yam, by Thomas Burnett Swann (epub/Kindle/pdf)

"Like most of Swann's novels, The Minikins of Yam offers us an outré ancient world — in