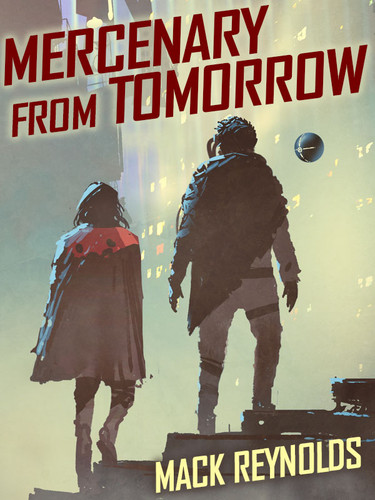 Western society is split up into nine castes, from Lower-Lower to Mid-Lower all the way up to the privileged Upper-Upper. Mauser himself was born a Mid-Lower. Ambitious, he had chosen one of the few professions, Category Military, where upward mobility was still a reasonable possibility.

To prevent any chance of a ruinous war between the West and the Sov-world, the Universal Disarmament Pact had restricted all militaries to pre-1900 technology. Gradually, powerful corporations began settling business disputes by hiring troops to fight real battles (fracases) on one of many military reservations. This served a dual purpose: to maintain a military well-honed by actual combat and to provide the decadent general population with a diversion. The life-and-death struggles are so popular that they are televised.

Mauser had worked his way up to captain and Middle-Middle status after many years of effort. When upstart Vacuum Tube Transport finds itself forced into an expensive, division-sized fracas with Continental Hovercraft, he sees his opportunity. He signs up with the underdog, even though the much wealthier Continental is able to hire the best soldiers available, including Marshal "Stonewall" Cogswell, the finest commander in the business. Mauser tells Baron Haer, the head of Vacuum Tube, that he can engineer an improbable victory with a gimmick he has been working on for a long time; in return, he expects the baron's support which, in conjunction with his anticipated popularity with fracas fans, should be enough to get him promoted into the Upper caste. The baron's son, Bart, scoffs at the undisclosed idea, but the baron is desperate for experienced officers and hires him.

What would the world be like if the Russians discovered how to beat us at our own capitalistic game,

Manners and Customs of the Thrid, by Murray Leinster (epub/Kindle/pdf)

The Thrid were the wisest creatures in space—they even said so themselves!

The Girl Behind the Hedge, by Mickey Spillane (epub/Kindle/pdf)

Harrison leaped to his death from the window of a hotel room. The door was locked and there was no p