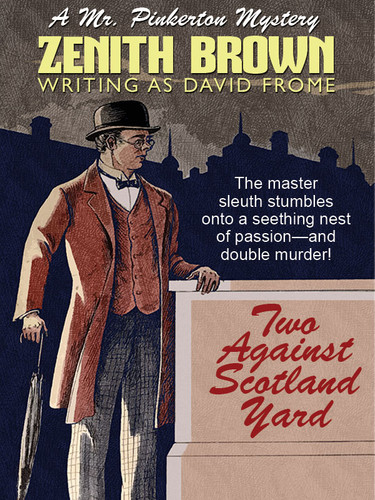 She was elegant, beautiful, and a cold-blooded killer...or so it appeared. She had the perfect motive. She even admitted to being at the scene of the crime. Scotland Yard was prepared to charge Louise Colton with her husband's brutal murder.

Only shy, retiring Mr. Pinkerton believed her innocent. He wandered into the case by accident, but he stayed to plumb its murky depths, to stir the waters of scandal and revenge...until the killer moved to strike again!