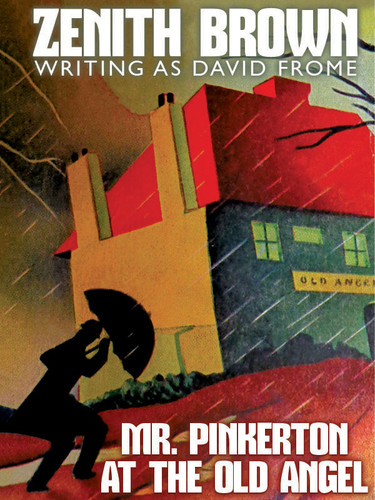 The Old Angel is everything an old English inn should be, with ancient beams, gleaming copper bedwarmers, pewter tankards, and platters heaped high with red roast beef. But then, as Mr. Pinkerton quickly discovers, the Old Angel also harbors some less homey items. Such as a frightened young girl, a series of secret passageways -- and a most unpleasant Knight who is suddenly killed in a most unsavory way.

The next thing he knows. Mr. Pinkerton is mixed up in a mystery that threatens not only his honor -- but his life!

"ALL YOU COULD WANT IN A BAFFLER." --BOOKS "There is no need to tell you about Mr. Pinkerton. Either you have read other stories about him, in which case you will be eager for more, or you have never met him, in which case there is no time like the present. No library of mystery fiction is complete without him." --NEW YORK TIMES "His liveliest adventure to date . . . Excitement, suspense, atmosphere . . . When in doubt, read a Mr. Pinkerton story” —BOOKS

Mourning After: Singer Batts #3, by Thomas B. Dewey (epub/Kindle/pdf)

"You don’t know me," a thin, taut, male voice said, "and my name’s not important. What I