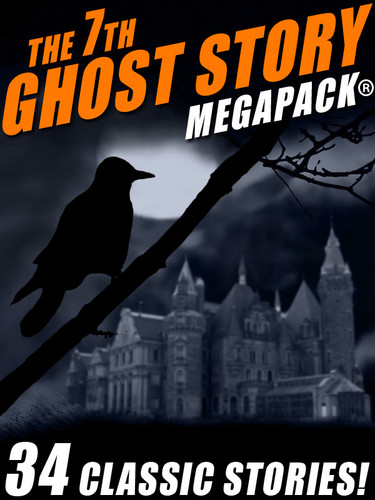 Welcome to The Seventh Ghost Story MEGAPACK®!! Once more we have a wide-ranging assortment of supernatural fiction, with setting across the world -- Europe, the Americas, Asia -- and across the centuries. You will note that we have a larger than normal number of "Anonymous" stories. No, the authors weren't embarrassed by their contributions. Victorian-era literary magazines and newspapers often ran fiction without crediting the author, or with only vague terms like "A Lady," initials, or humorous pseudonyms (as with the story by “Q.E.D.” in this volume). Authors later collected their stories in books, and that's when readers discovered who had actually written what. If a story never got reprinted, its author remained a mystery. Modern scholars are still researching these anonymous stories, but many authors will never be properly identified. This time we include:

School for the Unspeakable, by Manly Wade Wellman (epub/Kindle)

Behind That Mask, by Harry Stephen Keeler [Novel] (epub/Kindle/pdf)

This classic 1938 mystery could only have come from the fevered imagination of Harry Stephen Keeler!

Supervillain Dr. Satan made his debut in Weird Tales in 1935. He is pursued by Ascott Keane, a detec