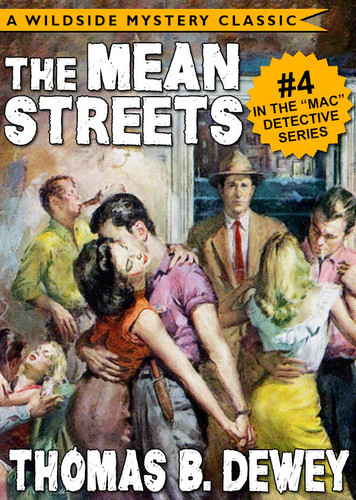 It started with murder and ended with murder. Along the way there were muggings and dope and stolen cars and other assorted violences that might have been committed by juveniles. But this wasn't kid stuff. It became apparent that someone very ruthless was behind it all. That's when they decided to hire Mac.

Kiss Me Hard, by Thomas B. Dewey (epub/Kindle/pdf)

They hopped a boxcar and made a run for it. He was a wanted man -- she was a woman who thought she's