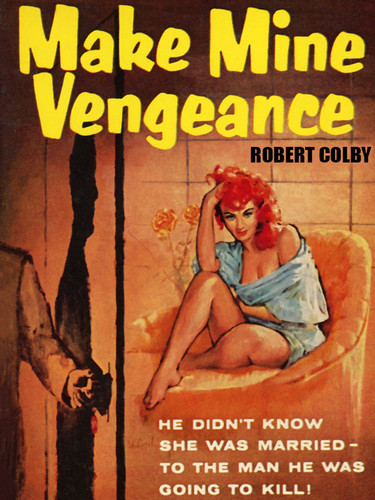 Vengeance! His name is Gil Ballard. At 31 he is six feet two inches tall and weighs 203 pounds, much of it muscle, but he is easygoing and has not been mad enough to bruise anyone for years.

Because a few weeks ago a handful the mobsters put him in the hospital. Over nothing! A stupid dispute in a bar over a song on the juke box, and they beat Gil to within an inch of his life.

And now Gil is out of the hospital. He's looking for the men who've got something to answer for. The whole damned mob is going to pay.

She played a dangerous game -- with love, men, and money! A Wildside Crime Classic by the author of

The Courts of Jamshyd, by Robert F. Young (epub/Kindle/pdf)

Ryan is a member of a tribe of post-apocalyptic primitives. Each night, the tribe chants about how t

She came off the Androids, Inc., production line in September, 2241. She was five feet, seven inches